Missed a show? No problem. Now you can listen again online! Below you can catch up on previous editions of Ben’s Country Music Show starting from January 2018. Each week the latest show will be uploaded to this page and over the next few months, we’ll be uploading some archive shows and special documentaries from throughout the last 10 years! 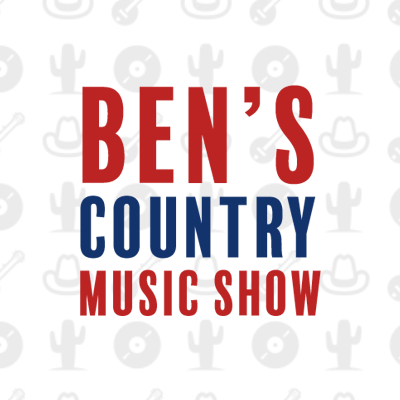 Join Ben for two hours of the best in country, roots, Americana and bluegrass. There's a story of Hank Williams on the Grand Ole Opry, new music from Ashley McBryde and details of her upcoming UK tour and a chance to listen again to the interview Ben recorded with Nashville star Charles Esten when he stopped in the UK as part of his 2019 tour. He'll be performing again in a few weeks as part of the Country2Country festival.

On this week's show, Ben has an album of the week from GRAMMY award winner Keb' Mo'. Oklahoma, his latest release, is the Americana album of the year. Plus, there's a tribute to Hank Williams, a song from his granddaughter Holly and news of Jerry Vandiver's new paddle songs record.

Ben's Country Music Show, features two hours of the best in country, roots, Americana and bluegrass every week! This time around, Ben introduces a brand new podcast (playing the first episode in the second half of the show) and features music from classic and contemporary country artists, including Alan Jackson, Crystal Gayle, Jason Aldean and Maren Morris.

Join Ben for this week's Ben's Country Music Show, featuring two hours of the best in country, roots, americana and bluegrass. There's news on James Taylor's new album, a celebration of a big anniversary for Lady Antebellum and your Billboard Charts, This Week in Country Music History and News from Nashville.

On this week's show, Ben has his first album of the week for 2020 and it's the new record from Little Big Town, Nightfall. A dreamy album that might well be career-defining, Ben plays songs from it throughout the show. There's also a tribute to the late David Olney, and a look ahead to the upcoming Taylor Swift documentary, Miss Americana, which will air on Netflix from the 31st Jan.

Join Ben Atkinson for Ben's Country Music Show, featuring two hours of the best in country, roots, americana and bluegrass music. Ben has your This Week in Country Music History, the Billboard Charts, News from Nashville and plenty of new music to get the year off to a great start. You'll hear tracks from Kane Brown, Clare Dunn and Mary Chapin Carpenter. Plus, there's news on Jim Lauderdale's upcomming Bluegrass album and a tribute to the Rascal Flatts who have decide to part company after 20 years in country music!

Join Ben Atkinson for the first show of a new year and a new decade. Starting 2020 by looking back, Ben brings you a special show which looks back on the last ten years and features some of the best country, roots, americana and bluegrass music from the 2010s. There'll also be a chance to look at the big news stories, pay tribute to those who left us in this period and discuss how country music has changed over time.

Join Ben for this special show looking back on the big events, music and more from 2019 as we review the year in full in this New Year Special. There will also be a special tribute to those we've lost this year and a month by month review of the News from Nashville.